In January 2016, I travelled to the Gatesville Prison with Carol Waid to be a facilitator in training for Truth Be Told’s Talk To Me Writing Class. I was familiar with the prison system as I had gone behind the fence as a journalist and novelist, but this time, with TBT, I would be in service to the women of the Lane Murray Unit by helping them tell their stories. (In the classroom next to ours, Christina Wisdom and Julie Wylie were facilitating the Talk To Me Speaking class.)

Because I was completely new to TBT, Carol asked me to experience the class as a newcomer, like the women did: Doing the homework, telling my story, sharing my life. At first, I felt like I didn’t belong. I’m outside the fence. I have freedom. But I am also a woman an a mother and, just as I was hungry to hear their stories, they were eager for mine. We wanted to connect. We wanted to understand one another. We wanted to share. We wanted to heal through telling the truth about our lives, however different they are.

One of the most beautiful parts of the Talk To Me Writing and Speaking classes comes near the end of the eight weeks. Our homework is to write one or two sentences about each member of our class and how we see them. It is an opportunity to reflect on how each person has revealed their hearts over the last eight weeks. 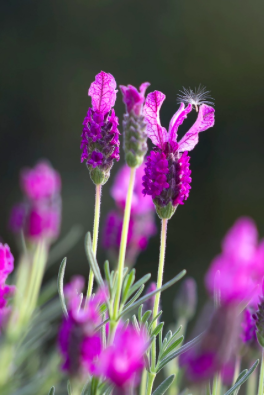 This is what I said about one class member named LaVerne:

I can imagine coming to Miss LaVerne’s home (that’s what I would call her: Miss LaVerne) and drinking slightly sweet tea with a hint of lavender, I think. I try to get her to tell me what the secret ingredient is but Miss LaVerne only smiles. We talk about the weather and other sweet things, “The Blessings,” she calls them. Miss LaVerne knows there is plenty of meanness in the world but she likes to talk about “the blessings that bind us.”

After the Speaking and Writing classes were complete, we joined the two communities together. In the first eight weeks we were looking into our pasts and focusing on how we got to our levels of incarceration. The next six weeks is called Discovery – discovering the women we want to become. Near the end of Discovery we began planning our graduation. Each of us would share something we created as a result of being in the classes. LaVerne was stumped about what to contribute. Someone in the class suggested she write a poem. LaVerne said, “Can it be about lavender? I like what you said about lavender.”

True happiness only comes from fearing God and keeping His commandments. Our happiness depends upon the habit of mind that we cultivate. I say let’s practice happy thinking. Every Day. Again I say let’s practice happy thinking every day. Let’s cultivate the merry heart. Let’s develop the happiness habit, and I believe life will become a continual feast for us. Lavender, to most people, is a color. To me, Lavender is beautiful and fragrant, and it is widely known as an essential oil that brings about calming and restful energy as well as evoking a feeling of happiness…Lavender, again I say Lavender.

As a result of experiencing this work, I signed up to return to the Lane Murray Unit with Carol Waid to co-facilitate Living Deeper and Freer, which is a continuation of TTM Writing and Speaking classes. Twelve women from the original twenty-eight (some were released, some were transferred to other prisons, and others went to the faith-based dorm) continued on with us. We are a tightly woven community committed to exploring how to live deeper and freer on both sides of the fence.

There is so much beauty behind the fence. Truth Be Told allows the women to become more than the crime that put them there.

And the next time you smell Lavender, think of LaVerne and cultivate the happiness habit.

2 Responses to Beauty Behind the Fence