One September day, I spent the afternoon in prison.

That Friday, I made the hour drive out to Lockhart State Prison in Texas with a dozen other women and a couple of men to attend a  Truth Be Told graduation ceremony for the women who had just completed the program. Most of these women have never really faced their pasts and traumas, much less talked about them.

We had come as respectful listeners – these women were going to stand up in front of the room full of other prisoners, and us – and tell their stories, out loud, for the first time. It’s an incredibly brave and vulnerable act for anyone. And for most of these women, it was the first time they’d ever had anyone listen to them respectfully.

I could hardly comprehend that – the idea that no one had ever really listened to these women with respect before pierced me. I was listened to respectfully as a child, when I went running up to my mother on little toddler legs with some crazy childish idea. I was listened to respectfully in school by my teachers. I have had many bosses who listened to and respected me; many wonderful friends who wanted to know my thoughts. I can sit down at the end of the day and share something minor that happened with my boyfriend – and he listens to me. Respectfully.

The concept that these women were sharing such painful, personal things – for the first time, and with complete strangers – made me sad for them.

But pity is not what I felt that day in the prison. I felt my insides ripped out by their words, their pain, their anger and their loss. Woman after woman stood up in front of the room and told her story, which invariably started with horrific abuses at a very early age. Yet they were not asking for sympathy, nor excusing their own bad choices that had landed them in prison. They cried, they raged, they hung their heads, they looked bewildered as they recounted their histories, the abuses against them, and their own mistakes for which they could never make up for. 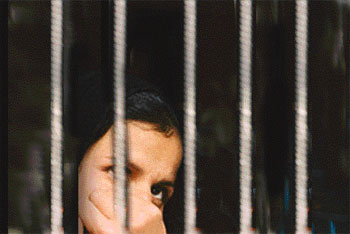 For most of these women, childhood abuse was a huge factor – and it seemed to always result in a pathological yearning for love – any type of love – that led to their troubles.  Almost all of them came across, to me, as lost and bewildered children themselves. And most of them had children of their own, who seemed doomed to repeating the same path if something was not done to end the cycles of abuse that had plagued these families. 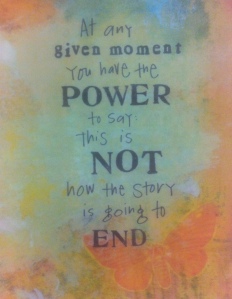 When I entered the prison, as I went through security and my pat-down search, as I was led along the ugly concrete hallways, past the stares of the male prisoners, into the “graduation” room and nervously watched the Truth Be Told graduates walk into the room in their blue prison-issued tops and pants,  I thought I had nothing in common with these women. I was there to listen respectfully, but I didn’t really think I could relate to them.

I was so wrong. At almost every moment, every turn in a new story, I found myself thinking, there but for a bad choice, a bit of luck, could I have gone. They were not so different from me, in so many ways, after all. I had simply been lucky enough to have a loving family and a good, abuse-free childhood. They were not so lucky. For these women, such things as love and abuse-free childhood were the great gaping holes in their lives – holes that they filled them with drugs, money and things gotten at any cost; holes which they filled with abusive relationships and children simply so they could have someone to love them.

But underneath it all, we were the same. By the end of the afternoon, I found myself not only relating to them, but admiring them. These women were the bravest people I had ever met in my life. Their honesty and their courage honed into my heart like an arrow and lodged there. I will never forget their words, or the haunted looks in their eyes as they spoke them.

7 Responses to What I Learned in Prison