This week’s post is by an anonymous TBT supporter and fan:

My experience with the Truth Be Told program has been as an outsider looking in. I was offered the opportunity to attend a graduation and on a whim I found myself in a car one day on the way to prison. I got the sense that everybody found it sort of amusing that we were on our way to a place that we all knew we didn’t belong, and we all awkwardly chatted about what we did for work, for fun – it was like my fellow passengers and I wanted to remind each other (and ourselves) of the things we got to do, because we were most certainly free. 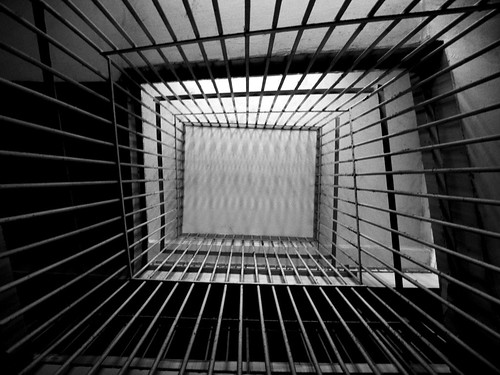 As I made my way through the parking lot, into the sterile lobby, and through the metal detector (I was sure it would go off, and that they would discover something criminal in my pocket) things got pretty real. I’d never been frisked before. It didn’t matter in this place wether or not you considered yourself a trustworthy person, a stranger was going to put their hands on you and it made me feel like I was guilty of something. The group was instructed not to give out any personal information or take anything from the prisoners to the outside. These warnings were sort of eerie.

We had to pass through the men’s section of the prison first, and my stomach was flipping; I was trying really hard not to heed those instincts to pull my arms tight around my body, hide my face, or even worse – stare. I was reacting to a vague fear of ‘prisoners’ or maybe just of men, when really they were just pushing brooms and talking to each other.You can think you’re pretty tough until you’re actually standing next to the kind of people you thought were ‘put away’. It took a while to make it through to where we were going because we had to pass through a series of locked doors, but eventually we got to a big gym-like room. There were a few chairs set up in front of a podium. It reminded me of elementary school.

And the women came in a few at a time, giddy I think to have an audience who cared about their accomplishments, and they proceeded with their graduation. 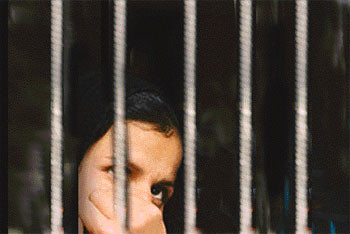 It all got me thinking about the real differences between me and these women, or if there were any. Here were a bunch of women who were really very talented – one in particular kind of stunned me with her one-person autobiographical play – but even in appreciating that they were, and that they were people who had suffered, they were also women who had done some pretty nasty things. They had turned their suffering into the suffering of other people in one way or another.

We all know someone who has been through something terrible and came out the other side more altruistic, more productive, and more beautiful. And these individuals are often used as ‘proof’ that people with violent histories don’t HAVE to commit crimes, and so ‘proof’ that the people who are in prison deserve to be there. On the other hand, It is also tempting when hearing what people have been through to say “if my life had been just a little different, maybe I would be here too”.  The experience of this event made me feel a lot of things and definitely made me examine my beliefs about myself and about the things in my life that kept me away from places like this. 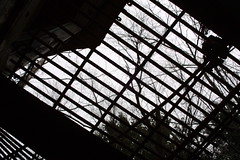 I can’t really answer the question of “are we the same or are we different”. I think the point is maybe that we are both. In the grand picture, I am separated from these people because of choices I have made (and big steel doors). I am united with these people because we are people – and specifically, women. As a woman I feel like it is my responsibility to examine all of the ways we can protect ourselves and each other from a fate that doesn’t allow us the freedom to explore our potential in the world. And that’s what draws me to the Truth Be Told program. It doesn’t force anyone to choose a side – the women in this program are encouraged to admit that they could have made different choices, not blame other people, and be open about their past.